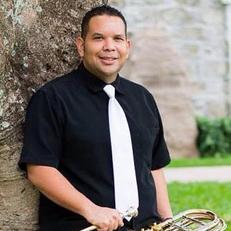 "Re: Joyce, Opus B, a showpiece for bass trombone, is based on James Joyce’s Finnegan’s Wake, even including a drinking song from the novel in a central episode. The electronics that substituted for the orchestral part did not really do justice to the churning instrumental timbres. Still, you had to love the growls, muted wails and crackling roars Jose Leonardo Leon drew from the instrument, devilishly conceived by Sleeper. With a capital soloist like Leon and a full orchestra, this work could be a real crowd pleaser"

Trombone artist & clinician, music entrepreneur, and educator, Dr. Jose Leonardo Leon is one of the leading trombonists of our generation having garnered both the Global Music® Awards for compositions and his work as a performing artist for his album Journey, and a Musician Certificate for the 16th Annual Latin GRAMMY® Winning Album for Best Instrumental Album, Mamblue. Furthermore, Dr. Leon is a Warwick Music® Published Arranger and Composer.

In August 2018, Dr. Leon released his first album entitled, "Journey", utilizing his bass trombone as both a solo and chamber instrument, and the album was awarded the 2018 Global Music® Award Outstanding Achievement medal for Instrumentalist and Original Compositions by American (U.S.A.) and Latin American composers.

Some of Dr. Leon's international festivals and conference performances include residencies at the University of Arkansas in Fayetteville (AK), the University of Costa Rica School of the Arts (San Jose de Costa Rica), the Alabama Bandmasters Association Low Brass Day (Tuscaloosa County), the URUBRASS Summit in Montevideo (Uruguay), the International Trombone Festival in Valencia (Spain), the International Trombone Week at the Universities of Oaxaca and Aguascalientes on 2012 and 2013 (Mexico), the Jazz Education Network Conference, and the Carlos Chavez National Youth Orchestra’s Academic Week in Mexico. While residing in Venezuela, Dr. Leon’s performed with Simon Bolivar's Symphony Orchestras of Venezuela, also known known as “El Sistema”.

Academically, Dr. Leon received his Bachelor of Music (B.M.) in Trombone Performance under the direction of Mark Hetzler at Florida International University, a Master of Music (M.M.) in Instrumental Performance under the direction of Timothy Conner at the University of Miami Frost School of Music with a joint-full scholarship from the Studio Music/Jazz department, and most recently his Doctor of Musical Arts (D.M.A.) in Trombone Performance and Pedagogy under the direction of Dr. William Stanley at the University of Colorado Boulder College of Music. Currently, Dr. Leon performed with with the Florida Grand Opera as bass trombonist, the Palm Beach Symphony as bass trombonist, the Ft. Lauderdale’s Premier Orchestra known as the Symphony of the Americas as the utility tenor and bass trombonist, the Miami-based Raices Jazz Ensemble with two albums released in digital distribution sites, and is also the first-call recording session trombonist for the Unity Record Label, which lead by two-time Latin GRAMMY® Winning Producer, Tony Succar. As an educator, Dr. Jose Leonardo Leon serves as the Adjunct Professor of Trombone at Florida Atlantic University Department of Music in Boca Raton, FL, Adjunct Professor of Music at Broward College in Ft. Lauderdale, FL, and a Trombone Artist-in-Residence at the Alexander W. Dreyfoos School of the Arts in West Palm Beach, FL. Currently, Jose is delighted to join the faculty at Florida Gulf Coast University Bower School of Music and is eager to impart the most relevant and cutting-edge curriculum for aspiring creative young trombone players and potential entrepreneurs who wish to positively-enrich societies through the power of music!

This biography is to be produced without any changes, omissions or additions unless particularly authorized by the artist's management. Various bios can be downloaded on the CV/Press page.