Diversify the Stand | Winds of Change 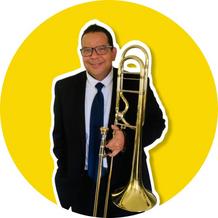 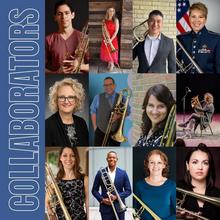 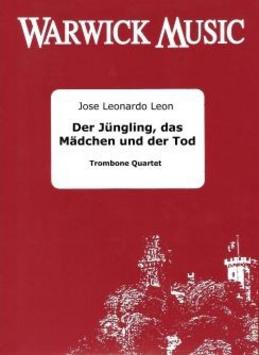 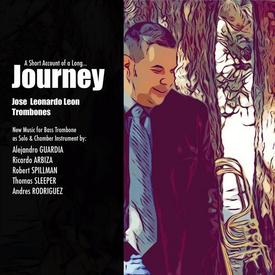 to obtain his Doctor of Musical Arts degree at the University of Colorado Boulder, Journey is a compendium of three commissioned and two unrecorded-never-performed works, demonstrates diversity in compositional styles and instrumentations, with the bass trombone as the center of sound.

One unique characteristic of the resultant product has been the opportunity for collaboration with the composers through the creative process. Thanks to these interactions, I was able to understand their musical perspectives and ideas first hand, which allowed me to find the appropriate techniques and musical approaches to translate their thoughts into sounds.

Due to the distinct styles and music creativeness presented in this CD, it ismy hope it will become a humble contribution to the trombone repertoire and make an impact on its growing recognition as a solo instrument.

I would like to give a heartfelt thank you to 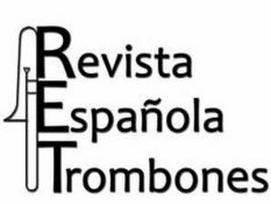 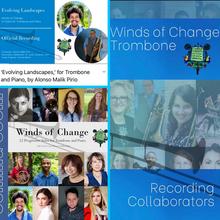 Winds of Change is a collection of 12 new works commissioned for different levels of performers. Each solo brings something new and unique to your music stand. We challenge students, performers, and educators to diversify their stands and expand the ‘classical repertoire’. Each composer gives the performer an opportunity to explore their musical voice in this progressive trombone solo collection. This book provides accessible educational pieces by living composers for players of all skill levels. These works are appropriate for players in their first few years of study and moves progressively for more advanced players. Perfect for any trombone soloist, these works are ideal for performance in any setting to include school solo & ensembles, contests, competitions, recitals, and more!

To learn more about the project and the composers we commissioned, visit Diversify the Stand

This trombone quartet was originally written by Dr. Jose L. Leon as a performance/writing assignment for a Franz Schubert Seminar class at the University of Colorado Boulder, and then premiered as part of his second Doctoral Chamber Recital at Grusin Music Hall in Boulder, Colorado USA in the spring of 2017.

The piece contextualizes two different human approaches facing imminent death. Der Tod (Death), one of the main characters in both stories, is presented, metaphorically, as an understanding and compassionate figure. Death’s lyric is written in a warm and gentle dialog musically written in the bass trombone part throughout the entire work. In the original Schubert’s songs and poems, both writers Claudius and Spaun described death as a kind and embracing character. The human characters: Der Jüngling (The Youth), and Das Mädchen (The Maiden), are both represented by the tenor trombone parts describing sorrow, romanticism, or desperation, as part of the dramatic plot of this work.