Pianist & producer tracks 12-14, Victor Mestas was born and raised in Caracas, Venezuela, and studied at the "J. A. Lamas" School of Music with Carmen Moleiro. He is an endorsement artist for YAMAHA keyboards in Venezuela (2001). His professional background includes more than 100 recording productions for national and international renowned artists. Mestas has performed as a pianist, keyboardist and arranger for renowned bands in Latin America and Venezuela, including Guaco and Trabuco Venezolano. He has also accompanied an array of world renowned singers, including: Soledad Bravo, Cheo Feliciano, and Julio Iglesias 2010 Tour in Uruguay and Argentina. He moved to Boulder 5 years ago with his wife and two daughters. Locally, he’s been performing on the Brazilian-Latin Jazz scene, and last year he started to teach a Latin Jazz Ensemble at the Thompson Jazz Studies Program at CU-Boulder. I am very thankful and fortunate to have had Victor working all his Venezuelan music - Latin - Jazz expertise to help me produce Rodriguez' Journey for this album.

Pianist (9-11). Pianist Hsiao-Ling Lin joined the keyboard department faculty at the University of Colorado Boulder in the fall of 2011.  Her active performing career has take her to Carnegie’s Weill Recital Hall, Isabella Stewart Garden Museum and Jordan Hall in Boston, the Chicago Symphony Hall and Chicago Cultural Center, Sendai Cultural Center in Japan, and the Rachmaninoff Hall in Russia.  Her summer festival appearances include the Meadowmount School for Strings in New York, Caramoor Festival and the International Festival-Institute at Round Top.
Since coming to the United States from Taiwan, Lin’s performances have been broadcasted live over the TV and radio stations, and she has collaborated in recitals with many artists, including her distinguished faculty colleagues at the University of Colorado Boulder, violinists Lynn Chang, Nai-Yuan Hu, and Yang Liu; cellists Lynn Harrell, and Matt Haimovitz; flutists Carol Wincenc, and Lorna McGhee; oboist Basil Reeve; clarinetists Kenneth Grant, Steve Cohen; as well as members of the Takács and Tokyo String Quartet; members of the Boston, Chicago, Cincinnati, Colorado, St. Louis  Symphony Orchestras and the Los Angeles Philharmonic. Most recently, she has completed a tour of recitals in Asia and Europe with trombonist Peter Steiner.
Lin has held staff pianist positions at Musicorda in Massachusetts, the International Festival-Institute at Round Top, Summer Music Festival at Walnut Hill, the Boston Conservatory, the Chicago College of Performing Arts at Roosevelt University, Northwestern University, and the Meadowmount School for Strings in New York. Equally interested in promoting music of diversity and multiculturalism, Lin was appointed as the resident pianist for the Core Ensemble.

Bass (12-14). A native of Costa Rica, Leo began playing electric bass and guitar in high school. He soon switched to double bass, and pursued a bachelors degree in music education at the National University of Costa Rica, while also studying classical bass at the National Institute of Music. Highly sought after as a jazz bassist and pedagog throughout Costa Rica, he has shared the stage with world-renowned artists such as Diego Urcola, Maria Schneider, Paa Kow, Itamar Borochov, Néstor Torres, and Ray Reyes. Highly influenced by Latin music and Costa Rican folklore, Leo has also performed internationally at festivals in Brazil, Mexico, El Salvador, Panama, and the United States. In 2019 Leo received his master's degree in Jazz Performance and Pedagogy from the University of Colorado Boulder. 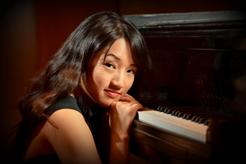 Composer and producer for tracks 5-8, Professor Emeritus, former Chair of the Keyboard Department and Music Director of the Opera Program at the University of Colorado Boulder, Robert Spillman studied at the Eastman School of Music, receiving a Bachelor of Music degree, a Performance Certificate in piano, and a Master of Arts degree in music theory. Spillman studied composition with Louis Mennini while at the same time he was serving as the pianist for the Rochester Philharmonic Orchestra. Professor Spillman spent numerous summers at the Chautauqua Institution as a student, accompanist and coach and was Co-Director of the Opera Center at the Aspen Music Festival for many years. Activities at the Aspen Festival included teaching piano, opera, and languages, performing frequently on chamber concerts, and conducting opera presentations. Robert Spillman is an iconic composer among low brass players due to his works dedicated to the instruments. My first experience with Spillman’s music was when I heard a performance of his Concerto for Bass Trombone and Orchestra (1962). That was my first experience listening to the bass trombone as a solo instrument and encouraged me to pursue a career primarily on this instrument ever since. It was in February 2014, when I visited the College of Music at CU Boulder to audition for the DMA program in trombone that I had the tremendous opportunity to meet Robert Spillman in person; a dream come true. I feel lucky and extremely honored to have had Mr. Robert Spillman in the booth sharing all his knowledge and expertise during the recording of his Four Inventions.

Flute (12-14). Specialized in the classical repertoire, Brazilian flutist Júlio Zabaleta has been an active musician in United States and Brazil. Zabaleta earned his Bachelor’s degree from the Federal University of Pelotas (Brazil) under the guidance of Professor Raul Costa d’Avila, and his Master of Music Performance degree under the tutelage of Christina Jennings. During his academic education, Zabaleta had the opportunity to further his studies at Tilburg University (The Netherlands), receiving a full scholarship from the Brazilian foundation CAPES in 2013. During his Master’s program Zabaleta was Teaching Assistant at the College of Music and member of the Graduate Woodwind Quintet at the CU Boulder University. In addition to his studies, Zabaleta has performed in masterclasses with Emanuel Pahud, Sir James Galway, Ransom Wilson, Lorna McGhee, Michel Bellavance and was awarded Second Prize at the 2017 Ekstrand Memorial Performance Competition. Zabaleta has attended many international music festivals in Brazil and abroad, and has been playing as flutist/ piccoloist in chamber music groups, orchestras and opera productions. Currently, Júlio is a member of the Academy of Osesp (São Paulo State Symphony Orchestra).

Engineer, producer, and mastering, recording engineer Kevin Harbison has a Bachelor of Music degree in Audio Recording Technology from the Cleveland Institute of Music.  He played the trumpet as a student and also studied voice at the Institute.  While he still loves to perform, he finds himself more often on the "receiving end" of microphones, now!  However, this background does make him uniquely qualified to look at any recording situation from both the performance and engineering aspects.  While at CIM, his teachers included Jack Renner and Thomas Knab of Telarc International, and Bruce Egre of Azica Records.
Kevin has spent most of his professional career working at institutions of higher learning, including the Michigan State University College of Music, The Cleveland Institute of Music and, most recently, the College of Music at the University of Colorado at Boulder.  In addition to being the owner of Threshold Audio Recording, he is the Recording Engineer for the College of Music and Technical Director of Grusin Music Hall at CU-Boulder.  He also teaches some recording classes in the College of Music: "Prepared for the Soundcheck" (MUSC 2081), "Behind the Board" (MUSC 2091) and "Advance Recording Techniques" (MUSC 4191).  A 2-year stint making TV and radio commercials at Commercial Recording Studios (Independence, OH) gave him great insight into the recording studio environment.  However, he feels his true calling is recording outside the studio on location.  (What's that mean?)
He feels that everyone - beginning student to seasoned professional - deserves the same level of recording quality and should be able to benefit from the wonders of modern technology.  At Threshold Audio Recording, our job is to make that technology work for you, so you can focus on giving your best performance possible.  Being recorded is more difficult than most people imagine, so please contact us and see how much easier we can make it!
When he's not recording, Kevin collects toy trains and can be found running them with his wife and children in Erie, Colorado.  He's a member of the Rocky Mountain Division of the Train Collector's Association. Kevin Harbison's worked all his "Magical Expertise" in Journey engineering, producing, and mastering.

Dr. ​William Stanley, Producer, is Associate Professor of Trombone at the University of Colorado Boulder College of Music. Dr. Stanley performs in a wide variety of musical settings, including as a member of the Boulder Brass, the Colorado Brass Quintet, Colorado Ballet Orchestra (principal), Opera Colorado and as substitute/extra with the Colorado Symphony. He has presented master classes and clinics for many organizations and schools including the International Trombone Association, Music Teachers National Association and the Colorado Music Educator’s Association and hosted the 1998 International Trombone Festival at CU. Dr. Stanley has authored articles and reviews for the International Trombone Association Journal, is co-author of Teaching Brass: A Resource Manual (McGraw-Hill), and was a contributor to Solos for the Student Trombonist: An Annotated Bibliography (BIM). Other recent publications include Songs Without Words: Vocalises of Gabriel Faure (Mountain Peak Music) edited for tenor and bass trombone, and 32 Etudes by Sigmund Hering (Carl Fischer) edited for bass trombone. His teaching experience includes positions at Temple, Eastern Illinois and Millikin Universities. He holds the BME degree from the University of Kansas and MM and DMA degrees from the University of Illinois. My mentor and professor at CU Dr. William Stanley, served as the executive producer of all tracks in Journey.​ 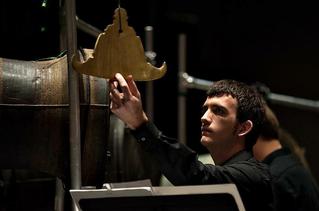 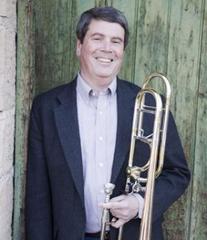 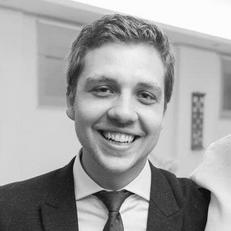 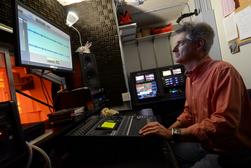 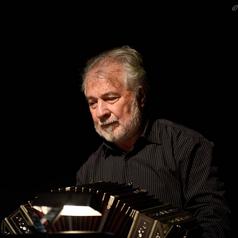 Clarinet (12-14). Clarinetist Maggie Greenwood is a passionate teacher and performer based in Denver, Colorado. She is currently a Teaching Associate Professor at the Colorado School of Mines where she directs the Mines Symphony Orchestra, coordinates the piano lab, and teaches applied woodwinds. In addition to teaching, she enjoys performing everything from folk-inspired chamber music to standard orchestral repertoire. Greenwood earned a Master of Music degree in clarinet performance with a related field in music theory from the University of North Texas and a Bachelor of Music in clarinet performance from Missouri State University. She is currently finishing her Doctor of Musical Arts degree in clarinet performance and pedagogy from the University of Colorado Boulder. Her major instructors include Dr. Allison Storochuk, Daryl Coad, and Daniel Silver. 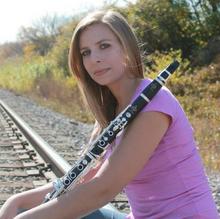 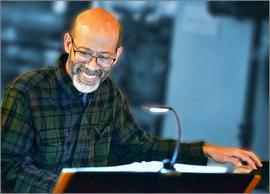 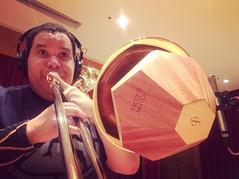 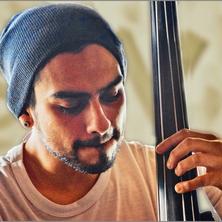 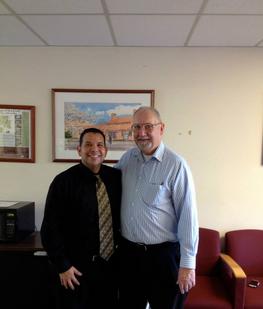